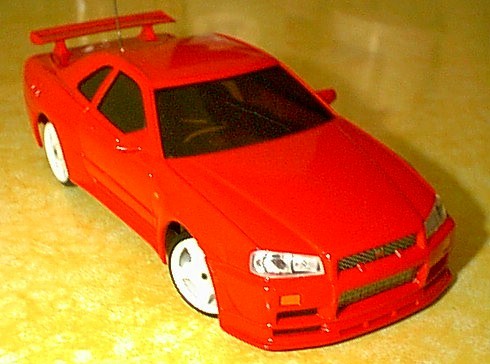 Let me start this off by saying the Kyosho Mini-Z is great. I got this little 1/24th scale rc car for Christmas 2001 from my wife. The body style is a Nissan Skyline GT-R. 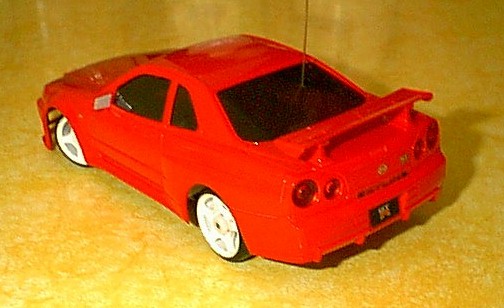 Unfortunately, the actual car that my wife gave me for Christmas was defective and it took nearly two weeks to get a replacement. After than initial torture (waiting for my new toy to arrive) I learned that there is a lot of difference in handling between this car and the Tyco Lamborghini that I recently sold. Not that it was a shock to me, but it was something that I needed to get used to. The lighter car appears to have more power for its size than my old Lamborghini (which helps justify the price to my wife), and since there isn't as much weight the car can spin and slide much easier. 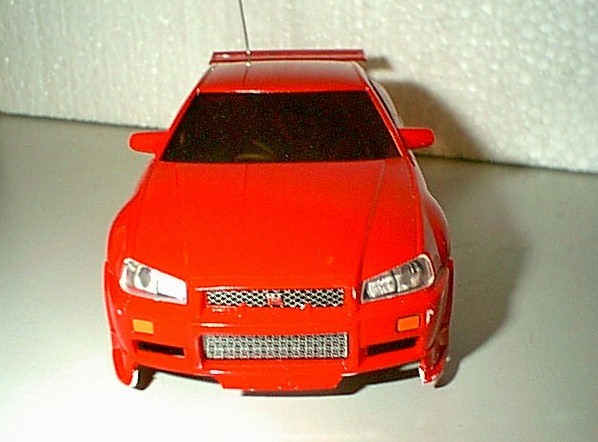 I haven't taken my Mini-Z outdoors, prefering to stay in the warmth right now. So far, indoors I've run the car on carpet and tile (firmica tile? - it's not ceramic). The car is fun to run on both surfaces, with distinct differences on each. The carpet allows better control, but this also seems to run the batteries down faster. The tile surface that I run it on allows the car to spin and slide easier - just hit the throttle and the car spins donuts. I'm getting used to the tile surface and run it almost daily there, but that is where I also have daily collisions. 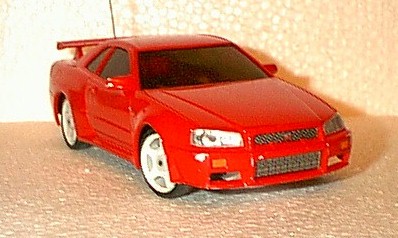 This is not so much a problem with the car as it is with my driving abilities and the terrain. One thing I haven't mentioned about the tile floor is that there are holes for electric outlets which have black plastic edges that are raised up from the floor. During our initial runs with the car, we would often bump into those "black-holes" which eventually busted the front ground effects. After some cosmetic work on the car, I've got the front at a good height to keep from snagging the edge of the holes. This adjustment also has prevented more damage because the car slides over the holes rather than chipping away parts of the body.