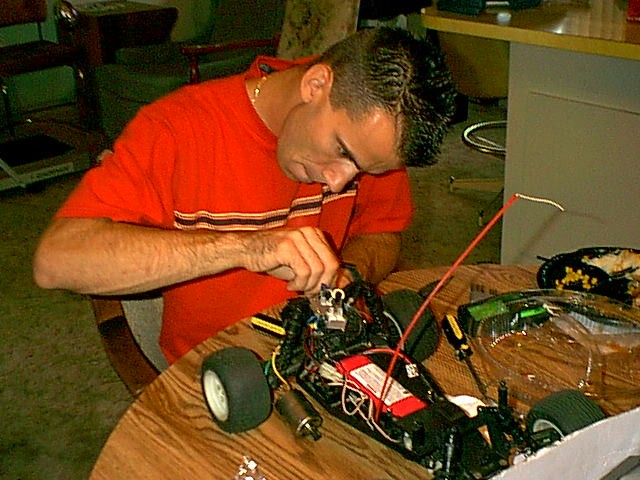 Doc Folly wasn't even interested in finishing his lunch before working on the Traxxas Rustler that I recently acquired.

To start, the Rustler needed a coupling part for the left side half-axle. He eventually managed to tighten down the original part since he thought that it was strong enough to hold even though there was a crack in the part. After a couple practice runs he tightened it even more since the screw kept slipping out.

Eventually he realized that a replacement was neccessary, so he went to a hobby shop for that part and some other supplies. Once he was content with his work he took the Rustler out for a spin around the front yard and into the street. He returned shortly after slamming the truck into the curb breaking the suspension on the left side. He rigged up the truck with a plastic brace, putting the Rustler back into action.